Skip to content
ShockEater® at the 2014 Grand American
August 3, 2014 by ShockEater

We’ve been waiting a long time for this one! The Grand American never disappoints and we expect this year will be no different. 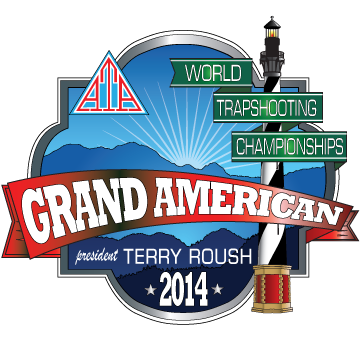 The Grand American World Trapshooting Championships, annually held in Sparta, IL at the World Shooting & Recreational Complex, is the largest shooting event of its kind. Spanning multiple days with more than 20 events, shooters from all over the globe come to compete in hopes of claiming one of the available prestigious titles such as “Clay Target Champion”.

As the ATA states, “Since its inception in 1900, the Grand American has grown from a mere 20 competitors to more than 5,800 participants in 2006. Over the years, the likes of Annie Oakley, Roy Rogers and John Philip Sousa have participated in the Grand American. In its current format, the Grand American consists of 24 events spanning over an 11 day period. The first 5 days of the tournament are referred to as “Preliminary Days” in which competitors may fine-tune their skills prior to competing in the championship events of “Grand Week. Not only is the Grand American the largest shooting tournament in the world, but it also offers competitors the opportunity to explore the most advanced products and services in the shooting industry. The WSRC is a spectacular site in itself. With more than 1,000 camping sites, 100+ exhibitors, and thousands of competitors, the Grand is more than a championship. It’s a celebration of the sport.”

More than 100 exhibitors will be on-site to provide products and services ranging from gun sales and services, to shooting accessories and apparel. Conveniently located near the trap line, these exhibitors offer a shopping-mall type atmosphere to shop for that special item. That’s where you’ll find us! ShockEater® will be partnering with Pine Tree Custom Sportswear to offer custom shooting shirts available with our proprietary technology inside. Come by and say hi, we’d love to meet you.